She is a PRINCESS !!

She came when she was two
With eyes begging for mercy

Without a thought of what comes next...


Everybody tried to come near her

And she trembled with fear...

For she has no idea where she was


This is a new environment for her

Way more comfy than her past.

She was fed on time..

Without any other beings....snatching food from her bowl


Jojo was her original name

No reactions given when it was called...

But not when she was later called "Molly"!

Trying to forget her past!!

She turned from bones to fat

In a house she dooesn't need to fight for food

As well as the abundant of love from her owner

A pathetic background she was in

her life has reborned...

From an abandoned, unloved to be totally cared and loved.....

She has changed from a pauper to a tiny little PRINCESS !!
Nothing but the truth by Jojobing at 12/25/2008 No comments: Links to this post

It is not the first time I heard someone telling me that I have a classic look ! I do not really know how someone who looks classic will look like in these modern days...

Two years back, an ex-colleague said that I have a classic look. I asked her for an example. The answer she gave me made me feel that I look so prehistoric. She said I looked like the lady actresses during P. Ramlee days. Can u imagine that ? I felt like a sudden lightning struck me...as all I could imagine or interprete what she was trying to tell me was that I have an out of date fashion sense !! 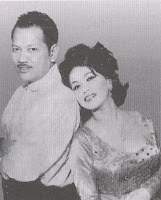 Other than these Malay ladies, another person whom posess a classical look will be Audrey Hepburn. I suppose I can't be as gorgeous as she is, can I? She is world renowned for her beauty. 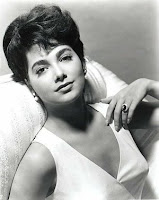 Dear friends, what do you think ?